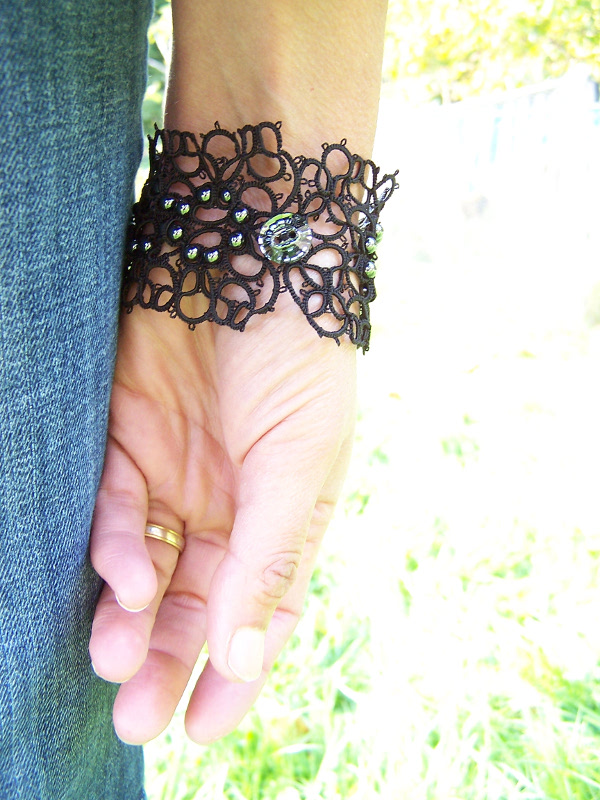 The feedback on my last post made me want to say more about the Jan Stawasz method.

The method of Jan Stawasz is very particular and differs from the back front method.

To summarize the back front method in tatting, we can say that it is based on the following observation:

This is the front:

But when you return your work, you see this:

To compensate for this effect, each time the work is turned, the first and second parts of the knot are reversed. I refer you to the text of Sue Hanson on this purpose.

Why and how to choose between one and the other?

The use of the back front method results in adding 2 simple nodes at the beginning and at the end of certain elements (the number of nodes is modified). This method does not take into account the fact that the picotss, too, do not have the same appearance on the front and on the back.

This method pushes the reasoning of back front method to the end. I’ll add that it is also more consistent because it allows to obtain the same number of DS (By adding nodes here and there, we could theoretically modify the pattern and be with a work that warp).

Other remarks on the Jan Stawasz method