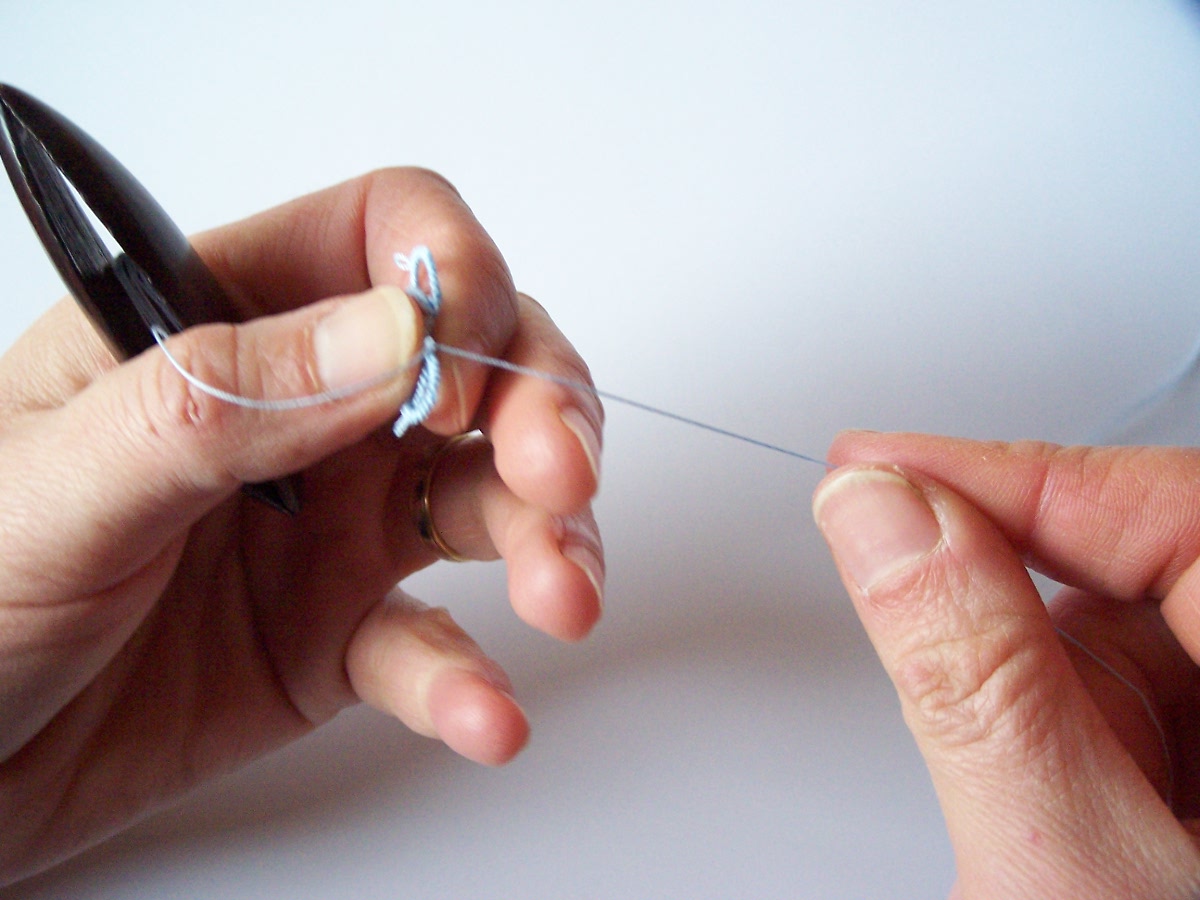 During the past year, I worked hard. The holidays arriving, the tension has subsided and the pain has arrived! I’m sparing you the details, but all that to say that I had to change my gesture to continue at least my activity.

This is an opportunity to talk about gestures in tatting. It may be childish, but I am attached to the diversity of the gesture in tatting. There is one who is currently in the majority, but everyone can find HIS gesture: no dogma, only the result counts.

The Riego method or the old gesture

The Riego method is an old gesture, because according to the information that I was able to collect, it was common formerly but it became very rare. This gesture is found in the works of Miss Riego.

You do not find that very clear … me either. But luckily Terry Dusenbury worked for us: http://teridusenburystattletales.blogspot.fr/2014/07/learning-to-tat-reverse-riego-way.html

The gesture in “modern” tatting

This is the gesture that is now the majority.

This third gesture is fairly widely practiced. It is found in particular in the books of Pascale Provost and Jan Stawasz. Finally to show you what it looks like, I appeal to our dear Thérèse de Dillmont Ouvrages de dames:

Yes, yes I am sure there are others, that infinite variants can exist because everyone finds his solution.

Finally, in all cases, do not like me: “moderation in all things” (as Montaigne said) if you want to tat long!

Thank to Corina I discover a video on the subject: http://palmettotatters.org/items/tattinghandsvideocomments.shtml